I am sorry to have been away for so long, I have been so busy studying! I am back, full of renewed energy and ready to share some new things with you!

Young Living has released a few new products recently. I have been learning about their origins, uses, and effectiveness. I am always excited to learn more about the ever-expanding world of Essential Oils!

My favorite new product, Ocotea, is extracted from an Ecuadorian tree. Ocotea has the highest level of alpha humulene of any Young Living essential oil, which is a compound that helps aid the body's natural response to irritation and injury. Ocotea also has natural cleansing and purifying properties.

Ocotea, pronounced oh/ko/TAY/ah, is distilled from the leaves of Ocotea Quixos tree deep in the forest of the Amazon.  The leaves are gathered and loaded into a bush plane and flown 14 hours back over the Andes Mountains to the farm for distillation, thus wild crafted and distilled at Finca Botanica Aromatica- Young Living’s farm.  Ocotea is related to the cinnamon species though the aroma is different from any common cinnamon.  It also has far less skin sensitivity than cinnamon bark or cassia.

An unusual cinnamon-like plant that also has a lot of eucalyptol--3.46. Ocotea has the highest level of alpha-humulene of any essential oil and is known to balance the body's internal response to irritation and swelling. Only Copaiba essential oil has a comparable level of this natural plant compound.


WONDERFUL FOR DIABETICS AND JUVENILE DIABETICS!

·     The local natives use it for diarrhea and as an anesthetic....by drinking a tea infusion.
·     Balances body levels of irritation.
·     It also regulates liver and balances metabolism.
·     Works like the anti-inflammatory drugs without the side effects.


A recipe for using Ocotea for weight loss is to take 2 drops 4 times a day encapsulated, or just 2 drops in a glass of water.


ALSO GOOD FOR CANDIDA AND PARASITES

There has been a study going on in Ecuador concerning Candida and Strep elimination. Three months ago they started a research project on 88 children at a school in Ecuador. Sixty had parasites and 36 of them also had candida. They mixed 1 drop of Ocotea with 8 oz. of water. Then they gave 1 oz portions of this mixture to the children daily and diffused it in the classroom.  It killed both the parasites and the candida.

A video was shown at Young Living's 2009 convention of a Naturopathic Doctor in Utah using Ocotea with a patient. He made a tincture out of it along with a couple of drops of cinnamon oil. Patient had low energy, cold feet, and had high blood sugar, around 340. Blood sugar levels responded as follows:

Lotus Flower Herbals on Facebook
BECOME A FAN, AND YOU WILL BE NOTIFIED OF SALES AND SPECIALS EXCLUSIVE TO MY FACEBOOK FANS! 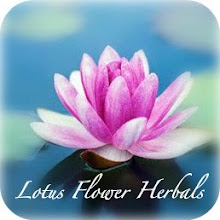